For the past few days the December sun was like a stone sent skipping across a great pond of dull cloud it could not break. By morning I was aboard the train. Then, all that sky gray drained the colors from the river and the grasses and the ink in the shadows to the odd houses that retreated from my window as the rail car rocked away from Ipswich on the way to London.

I was between two worlds at Christmas.

A few days before, I was three weeks into my three-month internship at British Telecommunications. Our special project staff ––of ten or so–– went out on a pre-Christmas break lunch to an Indian restaurant within a small, nearby town called Woodbridge. There we pressed three tables together ––forming a longer one–– where we sat chatting and working on our second or third pint of ale.

A strange tube wrapped in gilded paper was given to me.

“Don’t you have Christmas crackers in America?” one of the programmers to my immediate right asked. I offered an impish ‘no’ right before he instructed me to pull on the tube’s fanned ends. I heard the term ‘Christmas crackers’ years before but images of dry, thin bread wafers came to mind.

“While in Rome,” I thought, so I tugged until the explosive went off. It gave me a start right before the scent of powder tapped my nose, warmly reminding me of cap guns from my youth.

The tube unraveled and produced a yellow paper crown, which I promptly placed on my head as the other ‘kings’ did with theirs at the table. We gave a toast to the name of our communications project and tucked in to our curries and pints.

For a moment I was not watching a British soap opera in-between solitary walks to and from work, rather; I was a part of a community: one leaf in the rich wreath of a common crown.

Come the next day, everyone was off for the remaining week of 1997. Earlier I arranged to spend Christmas Eve and day with my friend Jae-Sung and his wife Kyung-Hee, so I rode the rail west to London, navigated my way through the familiar Underground, and met them in North Kensington. I took off my shoes, gave them the bottle of wine recently bought in Ipswich, and we caught up with one another sitting on cushions at a short-legged table.

Jae-Sung and I became friends while students in a masters program at the Royal College of Art. It was a friendship founded, to some extent, on our immigrant status ––on finding commonality in our uncommonness. We were not English, and we were not white. We journeyed through college, London, and some of Europe like the Underground: visiting stops without stopping, living among strangers, always wondering if you headed in the right direction.

During the brief one-year period of my studies in London, we came to know a little more about each other’s cultures, though some of mine often came pouring through the television. Fortunately, Jae-Sung brought something more useful from his native Korea.

Anticipating dinner, he brought in a white industrial-size bucket from the courtyard. Kyung-Hee prepared rice and scooped some, with a bit of boiled egg, into bowls, and atop that was some of what was brought in from the cold. This was my first taste of kimchi, and we ate it over the two nights I stayed ––with slight variations to what was served with it.

Christmas morning was dark and rainy; it was then that I called long-distance to talk to my mother. Though I missed my family’s company, I was happy and quite fortunate to spend this time with good friends who welcomed me into their home; especially knowing their sense of home was probably much farther than mine.

In the early afternoon, all three of us walked to the Round Pond in Hyde Park, and watched the swans slip in and out of the cold water. The sun at last met us on our return. The rain painted a springtime gloss over the black gates and the slate steps that led up to the apartment.

On Boxing Day, BBC 2 played Gone With the Wind. In those days, my good spirits were easily broken by embarrassment. 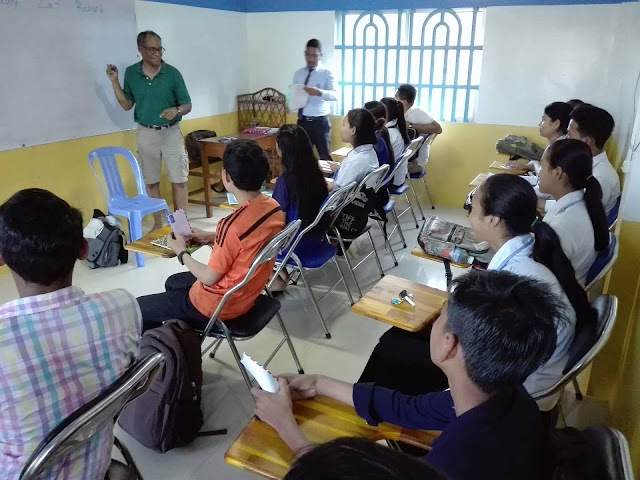 (for A. Kline, who told us 12th graders that "poetry is guts.") Not for a time ––not always, but now. Now the timid and dim itinerant days have wilted to waste as the “idiot work,”  Professor Sears once called my college major. Now the comedy of bygone errors  are all but erased. I face the new forts on the narrow: the broken tooth windows in the witch grass; the derelict sheaves of memories and dry wall foamed at the mouths of Fordlandia’s houses of ruin; old schoolyards ghosted with unkind tattoos; children who’ve learned to read mirrors above grade level ––and little else; and all this bedevilment (and more than meets these eyes)  inspires neither tears nor terrors  but an ardor to shoulder-up to lionhearts.  For now my heroes are helpers: the certain hands of compassion divining selfless hours. For now my heroes are among us: cohorts all ––shored by a shaken nature; assured for a time until the palisades too are pa 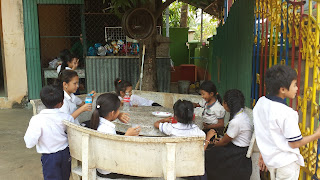